The Uyghurs are a minority Turkic ethnic group native to the Xinjiang Uyghur Autonomous Region in China. Historically, Xinjiang has been under the control of various dynasties including the Mongol Empire. It came under Chinese rule as a result of the expansion of the Qing Dynasty. In 1912, the Qing dynasty was replaced by the Republic of China. From the 1950s to the 1970s, the Chinese government funded a mass migration of Han Chinese people into the region, with goal of eradicating the Uyghur identity and culture. Infuriated Uyghurs saw this as a threat to their culture and identity which resulted in riots in Xinjiang. From then on, the situation has been deteriorated for Uyghurs and Xinjiang has become one of the most heavily policed regions of the world.

In December 2018, the magazine Bitter Winter released three videos it claimed had been shot inside camps in the Yining area. The videos show jail-like features which the magazine claimed proved that the camps are detention facilities rather than ‘Schools’. Since 2016, it is estimated that over a million Uyghurs have been detained in the Xinjiang detention camps. The camps operate outside the legal system with many Uyghurs being imprisoned, without a trial and without any charges laid against them.

According to a Report by Adrian Zenz a German scholar, China is forcing sterilization and contraceptive devices on women in Xinjiang in an apparent attempt to limit the Muslim population of the Uyghurs. Mr. Zenz’s report states that women who had fewer than the two legally permitted children were involuntarily fitted with intra-uterine devices (IUDs), while others were coerced into receiving sterilization surgeries. Natural population growth in Xinjiang has declined dramatically in recent years, with growth rates falling by 84% in the two largest Uighur prefectures between 2015 and 2018 and declining further in 2019.

The Chinese government is also accused of murdering Uyghurs and members of Falun Gong religious group in order to forcefully harvest their organs. Hamid Sabi, Counsel to the China Tribunal, presented evidence from the tribunal’s final report, which was published in June 2019. The people were “cut open while still alive for their kidneys, livers, hearts, lungs, cornea, and skin to be removed and turned into commodities for sale,” the report said. Sabi concluded by saying that it is the duty of international bodies like the UN to investigate the tribunal’s findings “not only regarding the possible charge of genocide but also in regard to crimes against humanity.”

Muslim women whose husbands have been detained in Chinese internment camps are reportedly being forced to share beds with male government officials assigned to monitor them in their homes. Human Rights Watch previously stated that Uyghur families are given no option to refuse these visits, which it said were an example of “deeply invasive forced assimilation practices” that “not only violate basic rights but are also likely to foster and deepen resentment in the region”.

This detention of adult Uyghurs has allegedly left many children without their parents. These children are sent to ‘boarding schools’ where they are forced to learn Mandarin Chinese and prohibited from exercising their religion. These trauma inflicted children are taken without parental consent and allegedly brainwashed to loathe and detest their parents and their culture. Mihrigul Tursun, a Uyghur woman detained in China, was separated from her infant triplets. She later came to know the heartbreaking news that one of her triplets had died and the other two had developed health problems. 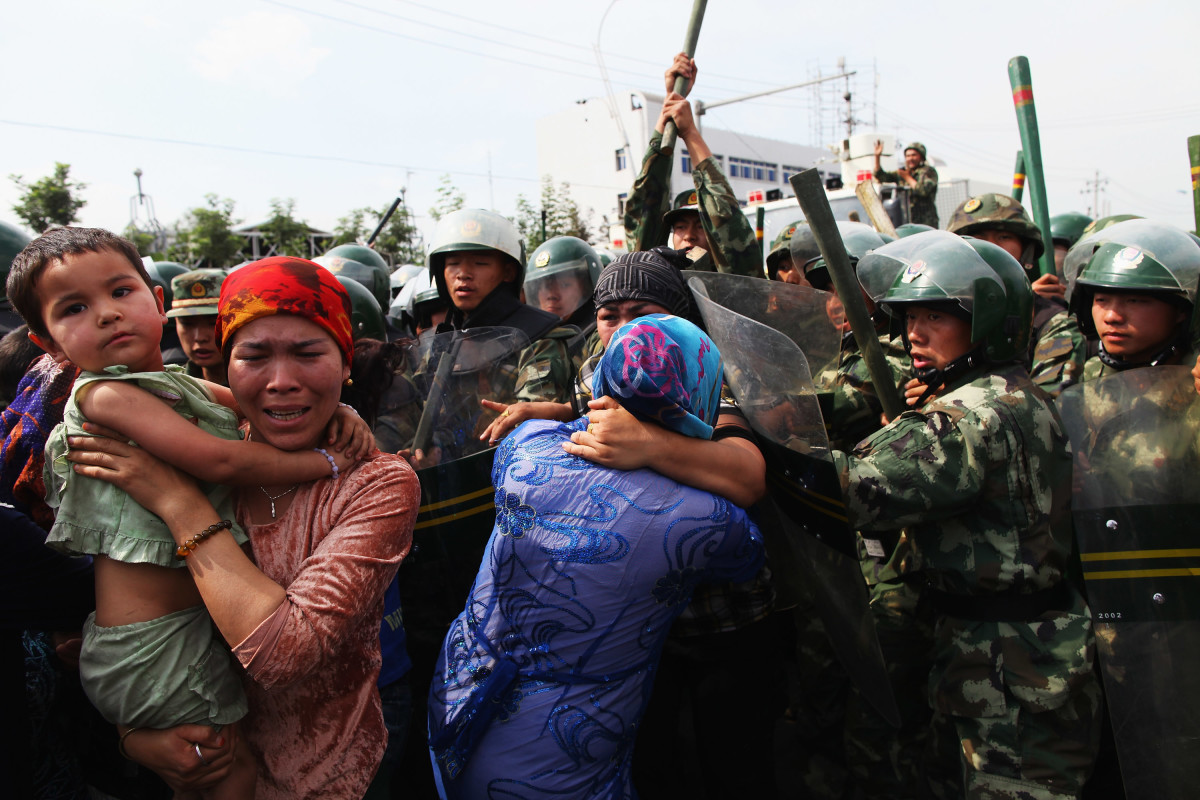 There are no limits to China’s oppression of its Muslim population. China’s list of atrocities against the Uyghurs includes forced consumption of alcohol and pork, destruction of more than 100 Muslim cemeteries, demolishment of mosques across China, forced movement of Uyghur Muslims into labor factories.

In order to answer the plight of the Uyghurs, we need to take a few concrete steps. The first step is to impose sanctions against those personally responsible for the repression of Uyghur Muslims. U.S President Donald Trump signed an executive order on June 17th, 2020, that condemns the Chinese Communist Party for the detention centers and, recommends a tougher response to the human rights abuses suffered by Uyghurs Muslims. Under this policy, Chinese officials who are responsible for the governance of these camps would be subject to sanctions which include asset blocking and visa revocation. We, as citizens of Canada, should request Canadian Prime Minister Justin Trudeau to impose similar sanctions.

Secondly, boycott Beijing’s Winter Olympics 2020 and its sponsors. No one today would openly endorse holding the Games in a state holding millions in concentration camps, but this is precisely what is happening at the moment. A coordinated international boycott would make the 2022 Olympics an embarrassing flop for Beijing. Concerned members of the public should apply pressure on their national Olympic committees, politicians, and corporate Olympics sponsors. These intermediaries should, in turn, remind the International Olympic Committee that the PRC state’s policies in Xinjiang are a violation of multiple clauses of the Olympic Charter.

Canada should not be part of the Belt and Road Initiative (BRI), which aims to link Beijing with some 70 other countries around the world. This is one of the main reasons behind the crackdown in Xinjiang as the province of Xinjiang is home to numerous projects along the Silk Road portion of the BRI.

Monetary donations will help in alleviating some of the hardships so many Uyghur families are going through. Islamic Circle of North America (ICNA) situated in Canada is doing an amazing job of serving the Uyghur community in Turkey through sponsoring orphans, widow support, student scholarships, and trying to bring Uyghur families to Canada. You can donate at the link below and help us fight the good fight. Thank you!