The rise of white supremacy in Canada is with complete impunity.

Case in point: The Alt-Right and White nationalists support of the “Freedom Convoy”

Are Canadian Conservative Leaders leaning more towards the Alt-Right?

Pierre Poilievre was a strict opponent of the Indigenous protest, he even advocated for the police to intervene. However, now he supports the truck occupation and illegal blockage of the border. Jason Kenny portrays a similar stance and displays the conservative government’s ardent support for the convoy.

Ottawa police chief Sloly has stated on record that they are now aware of a significant element from the United States in the funding and organization of the protest. “They have converged in our city and there are plans for more to come.” 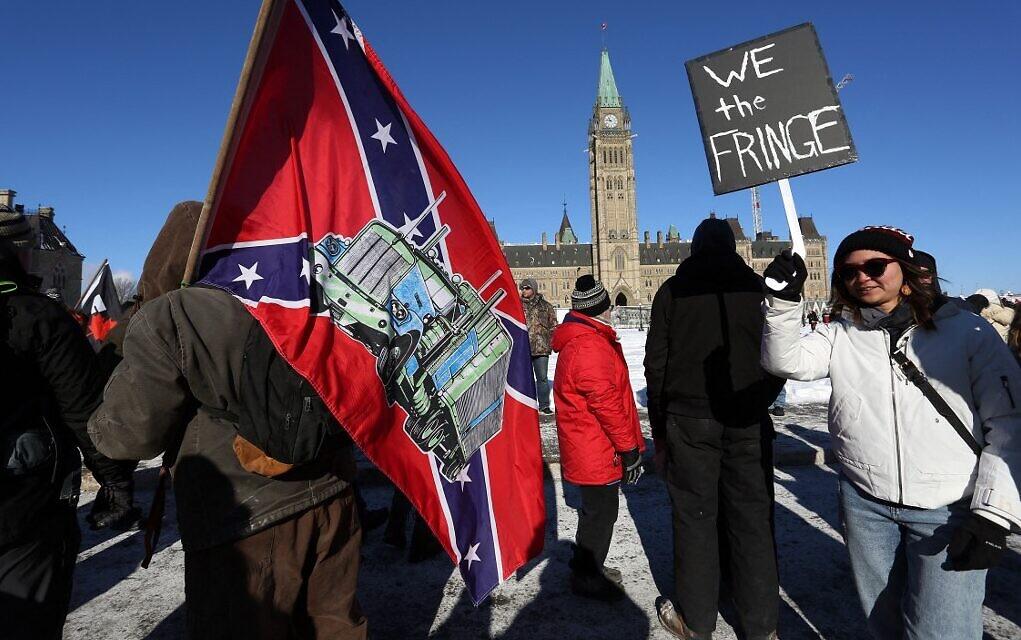 Can the protest be considered an act of domestic terrorism?

Our nation’s capital is being held hostage right now under the guise of vigilantism. We have seen these ‘protestors’ terrorize people through hate speech, with a number of incidents recorded where racial or misogynist slurs were used. Businesses are unable to open despite declaring their support for freedom. This is a prime example of obstructing and oppressing everyday citizens.

The leader of our free democratic country has had death threats made against him while laws are being broken with no consequence. Paramedics are requesting law enforcement to escort them through certain areas where protests have become violent.

The current anti-vaccine protesters consist of a large number of delinquents who have been witnessed: urinating on the Unknown soldier’s monument, putting swastikas on Canadian hero Terry Fox statue, looting and harassing homeless shelter employee, spitting on peoples, throwing rock projectiles at paramedics. They have even been reported stealing from soup kitchens. All without any repercussions for their actions. 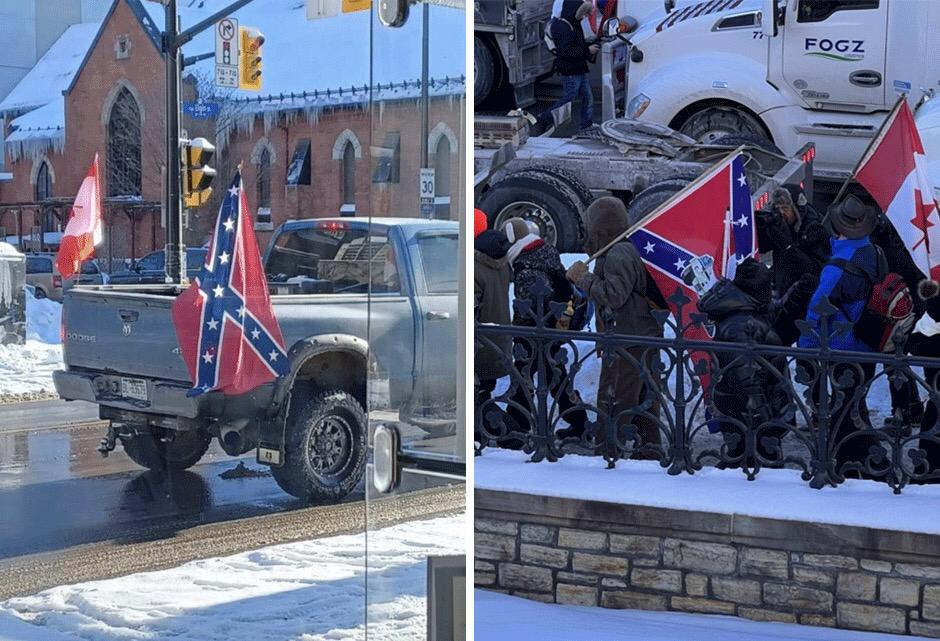 If we take these incidents for face value, a few things one could deduce are:

Here is a list of incidents demonstrating the inequality in the Rule of law for People of Color:

In December of 2020 South Asian protesters had a drive-by demonstration in solidarity with Indian farmer protests in Calgary. they faced police laws at full force. Out of roughly 500 vehicles that participated in the rally, 67 stunting tickets were issued. Some tickets were in the range of $567.

Again, in Calgary, on May 16, 2021, a car rally in support of Palestinians in which an estimated 1,000 cars participated, Calgary police issues 100 tickets, and two were arrested.

Under the cover of darkness on February 6th, 2020, the RCMP began raiding Wet’suwet’en land defender camps in northern British Columbia and arresting opponents of a planned natural gas pipeline.

Once again on November 19, 2021, heavily armed Mounties dismantled the Wet’suwet’en blockade. The RCMP also set up a roadblock to crack down on protesters targeting the officers in tactical gear with assault weapons and police dogs.

On November 26, 2021, RCMP tore down the Gitxsan rail blockade in New Hazelton, British Columbia.  “They had tactical units, sniper teams, and riot suppression gear and we had children with marshmallows,” Kolin Sutherland-Wilson, a Gitxsan member of Wilp (house group) Git’luuhl’um’hetxwit, told The Narwhal in an interview.

As a visible minority, I feel betrayed by Conservative leaders. I feel:

This “Freedom Convoy” is an insult to the Canadian population and intellect. These individuals have denied science holistically throughout the pandemic. It is made evident that this is domestic terrorism funded by external sources, using vehicles as weapons, blocking borders, occupying cities, and disrupting and terrorizing lives. However, since the majority of protesters are White/Caucasian, it seems their right to protest differs than the right to protest for people of colour.

As a Conservative member and supporter, I am not supporting alt right, neo-Nazism, white supremacy, Confederate flags, Swastika, closing the national and provincial borders, or keeping people in Ottawa hostage. This conservative leadership needs to decide if it is a party for the alt-right, or a party for rest of Canada focusing on fiscal conservatism.