Justin Trudeau was born on December 25, 1971.  He spent his childhood years travelling around the world with his father and accompanying him to work at various Parliament Buildings. Margaret Trudeau described her son as a “cheerful, bright, manically energetic little boy”, and picture after picture showed the Trudeau family enjoying time outdoors together. However, behind the scenes, Trudeau’s early childhood also included moments of vivid pain and confusion. Trudeau’s parents divorced, and in interview with the Ottawa Citizen, Trudeau described this experience as a difficult part of his childhood. After his father retired from politics, Trudeau and his two younger brothers relocated to Montreal. There he attended Jean-de-Brebeuf, the same Jesuit Catholic school was was his father alma mater.

In 1998, Trudeau’s youngest brother Michel died in an avalanche at Kokanee Glacier Provincial Park, at the time he was 23 of age. Although this was a very painful moment in Justin’s life, he chose to fixate on the adventurous life his brother lived, rather than his tragic end. In 2005, Trudeau married Sophie Grégoire, who had been a childhood friend of Michel and had spent time with the Trudeau family as a young girl. The couple have three young children: Ella-Grace, Xavier, and Hadrian, and according to Trudeau, they continue to enjoy a very happy and fulfilling marriage 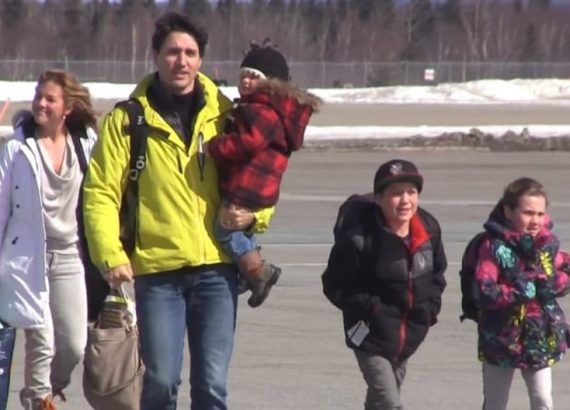 A child of politics, Justin Trudeau was exposed to political circles and conversations from a very young age. This early exposure spawned a rebellion against expectations, which motivated Justin to try and help the world in a different way. After graduating from McGill University in 1994 with a Bachelor of Arts Degree in Literature, Trudeau traveled the world with a group of close-knit friends. Seeing the influence that education played on society and the need for more individuals who could positively promote learning, Trudeau decided to pursue teaching. He earned a degree in education at the University of British Columbia. By 1988 Trudeau was twenty-six years old and had two undergraduate degrees, both of which would provide him with useful skills and knowledge for a career in politics.

After officially entering the work force in 1999, Justin took on a three-year teaching position at Vancouver’s West Point Grey Academy and Sir Winston Churchill Secondary School. Until 2002, Trudeau taught the subjects drama, French, English, social studies and mathematics. During this term as a well-rounded teacher, Justin developed a love of mathematics and decided to return to Montreal to begin settling down. While there, he began an engineering degree at École Polytechnique in 2004 but quickly realized engineering was not for him. A year before this decision, Justin was asked to help host the 2003 Starlight Children’s Foundation gala. While this was already a huge honor, it was a special experience for Justin because he also met his future wife, who co-hosted the event with him. From 2002 to 2006, Justin chaired the Katimavik youth volunteer service program, which his father had started. During the last year of his chairing, he was recruited to chair the Liberal Task Force on Youth Renewal. This marked his first dip into politics. However before officially beginning his outstanding political career, Justin starred in the CBC TV movie The Great War in 2007. A seemingly dramatic turn from Parliament, this experience actually allowed Justin to further develop his passion for politics as he played real-life Quebec First World War hero Talbot Papineau, grandson of Joseph Papineau, whose name bears the riding where he would later run. 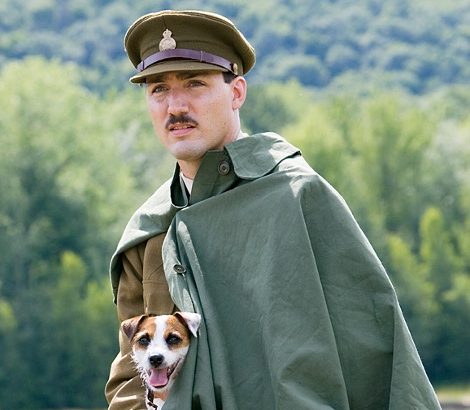 Trudeau’s accomplishments as a Member of Parliament

April 2007 marked the official beginning of Trudeau’s political career, as he secured the nomination for the historically Liberal riding of Papineau. In 2008, Trudeau was elected, defeating Vivian Barbot of the Bloc Québécois incumbent by 1,189 votes. After winning his very first election, Trudeau entered Parliament as a member of the Official Opposition, another similarity he shares with his father.

Trudeau did not stop there. In 2009, he chaired the Liberal Party’s National Convention in Vancouver, and was appointed as the party’s Critic for Multiculturalism and Youth. In September of the same year, he received the post of Critic for Youth, Citizenship and Immigration. In May 2011, Justin Trudeau again won his seat in Papineau

An incredible opportunity came in October 2012 with the resignation of the Michael Ignatieff, who was the leader of the Liberal Party of Canada. Trudeau immediately launched his leadership bid and on April 14th, 2013 he successfully became the leader of the Liberal Party with 80.1% of 30,800 votes.  On October 19th, 2015, Trudeau led the Liberal Party to victory in the federal election, after one of the longest campaigns in Canadian history. The Liberals won 39.5% of the popular vote (184 of the 338 seats in the House of Commons) and experienced the highest seat gain for a single party since Confederation. since then Trudeau has used his position as Prime Minister to help many segments of Canada’s diverse population and make contributions to many neglected areas of public policy.

Time for Action and Resolution rather than Discussion or Debate